Host A is configured for DHCP, but it is not receiving an IP address when it powers up. What is the most likely cause? 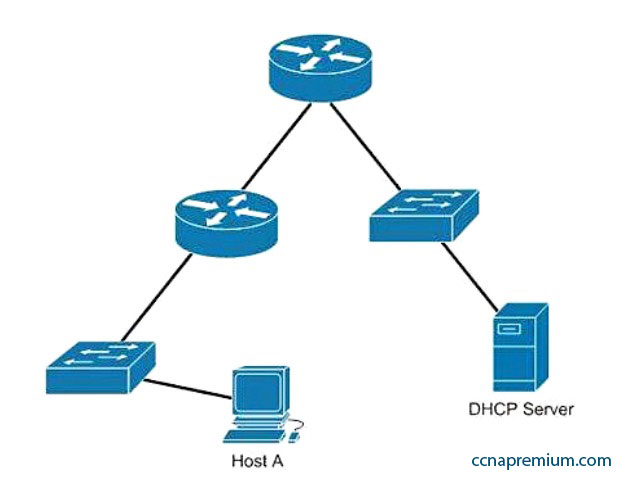 Explanation:
Host A is not receiving a DHCP configuration because its initial DHCP Discover frame is a broadcast, and routers do not forward broadcast frames by default.

The DHCP server is not on the wrong subnet. A DHCP server can be centrally located and configured to support multiple remote subnets, as long as those subnets have DHCP Relay Agents configured to forward the DHCP Discover requests.

No information is provided on the DHCP server configuration. The router is the most obvious cause of the problem, so this option is incorrect.

Port security can be configured to restrict hosts based on the MAC address, but the scenario does not provide information on any port security configurations. The router is the most obvious cause of the problem as shown in the network exhibit.