In the network exhibit, the routers are running OSPF and are set to the default configurations. 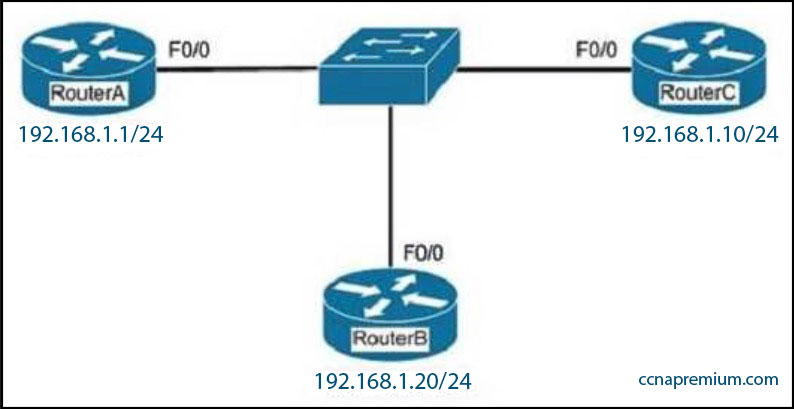 The default priority number is 1, and can be configured as high as 255. Changing the priority to 0 would make the router ineligible to become the DR or the backup designated router (BDR). The ip ospf priority # command is used to manually configure a priority on a specific interface.