What command would provide the output displayed in the exhibit?

Explanation:
The command show standby brief displays the output in the exhibit. It is used to display a summary of the HSRP groups of which the switch is a member. The summary information it provides includes the group number, priority, state, active device address, standby address, and group address. In the exhibit, the interface VLAN 64 is a member of HSRP group 2. Its priority in the group is 100 and it is currently the standby switch. Since preemption is configured (as indicated by the P following the priority), we know that the priority of this switch must be lower than the priority of the active device. The active device has an IP address of 192.168.64.10 and the group IP address is 192.168.64.1.

Below is an example of this command’s output: 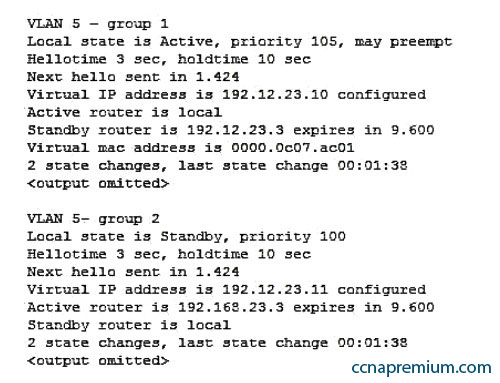